How Does Basic Income Disincentivize Work? 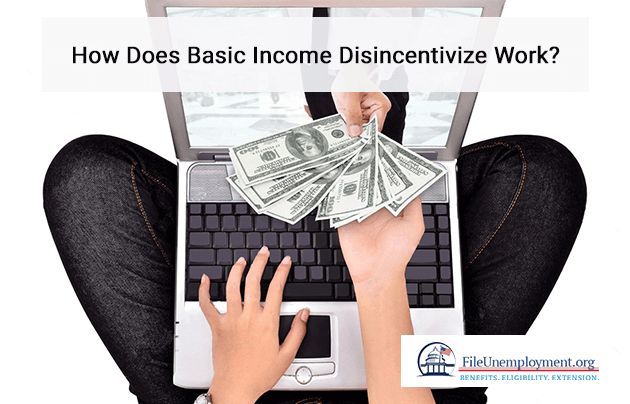 When it comes to Universal Basic Income, it’s not a new idea that has been floated by the government. It’s a concept that has brought about a lot of discussions and gained traction in the media and Congress.

How it works is that a basic income or basic living stipend is provided to citizens as a cash payment using taxpayer money. This is unconditional and this means that there is no test when it is being implemented at a local or national level.

There has been a debate on the impact of technology on employment. The concept of universal basic income poses as a support system against automation. The overwhelming response to the debate would be the impact on jobs and the way in which this income would help the millions that are out of work.

Talking about the need for universal basic income, Karl Widerquist, associate professor said, “This was not just for the people at the bottom but also for the average worker.” As an advocate for UBI, he further added, “We should remove the judgment and paternalism that pervade the world’s existing social welfare systems.” This would then pave the way for governments to pay a basic income.

Chris Hughes, Facebook Co-founder also argued that workers in the US could receive a basic income of $500 per month. This could be done if Congress removed President Donald Trump’s tax reform. He stated on national television that less than one-third of Americans have benefited from the 2017 Tax and Jobs Act.

He also argued about how people cannot adapt because of the lack of bandwidth that is needed to do so. This would require a lot of time and resources to build on new skills and technical developments. Hughes also believes this is why the poorer people do not capitalize on educational opportunities when they are free.

While the incomes of people have been plateaued, the cost of living, housing, education, and health care have increased drastically. He feels strongly that a basic income would re-balance the economy and create economic growth.

Recently, US Senator Kamala Harris, D-California recently introduced Lift the Middle-Class Act. This would provide a monthly payment of $500 per month to low-income families. This would be paid for by removed the Trump tax cuts. Basic income payments are made in cash and paid to individuals and works as an obligatory fee.

There were recent efforts by a privately funded 18-month pilot program which was launched to distribute basic income in Stockton, California. Similarly, Chicago’s Mayor Rahm Emanuel has created a task force to study basic income.

So What is Basic Income?

Basic Income is a fixed sum which is paid to the public from taxes. Based on the inability to tackle unemployment with conventional means in the last decade there is a major reason that this idea should be taken seriously. Here social and economic policy should not be separated. Basic income would help both poverty relief and improve employment.

The Heritage Foundation found that this was a failed experiment when it was conducted in six states from 1968 to 1980. A negative income tax would guarantee a minimum income to a specific group of people. One goal is to determine if this assistance would increase employment and the quality of life metrics. This format involves reducing benefits as earnings increase. This outcome created the opposite of the intended effect.

The Alaska Permanent Fund Dividend program has been in place for the last 25 years with money distributed from the oil reserve royalties earned in the state. The unconditional cash payments amount to $2,000 for every resident of Alaska.

You could notice a difference in different sectors. For example, in sectors where goods and services produced could be traded outside Alaska, part-time employment was down. This appeared to be more than an offset by increases in part-time employment in the non-tradable sectors of the Alaskan economy.

Time will tell us whether these findings are lessons from the Alaskan experiment. But it needs to be reviewed about the transferability of the findings from a very unique stat to other parts of the world. However, researchers express that more research is needed to analyze the impact of Universal Basic Income.

Vijay Menon, a research assistant at Heritage Foundation, expressed that negative income tax reduced the desired hours of work by 9% by husbands, 20% for wives and 25% of percent for single female heads of families. Single men that were not heads of families that received the stipend worked less by 43%.

Recipients who experienced unemployment during the experiment were unemployed for longer periods of time than unemployed non-participants. It was found that for every $1,000 in additional benefits recipients received, there was an average reduction of $660 in earned income. In other words, $3,000 worth of government benefits was needed to increase the net income by $1,000.

The results suggest that receiving unconditional aid and not the phase-out of benefits causes reduced work effort. This means that creating policies that discourage work is not good for America.

According to a 2016 General Social Survey, 70% of Americans love working even if they didn’t need the money. This would suggest that policies should be framed to reward work rather than replace it.

The Heritage Foundation suggests that an alternative to basic income is to expand the earned income tax credit. While the former would reduce work and increase dependency, the second option would bring in a sense of dignity and self-sufficiency.

Y Combinator had run a UBI pilot in Oakland, California in 2016-17 and awarded participants with an unconditional monthly income of $2,000 each. These experiments were also done in Brazil, Finland, Italy, and the Netherlands.

The idea behind an unconditional cash transfer is not something new. This was advocated by Thomas Paine in the 1700s and more recently in post-war Britain by Juliet Rhy-Williams.

At FileUnemployment.org, we help in giving you the right information to help you get your due of benefits from the government. To realize this, you can check the Base Period Calculator, Benefits Calculator, and Eligibility Calculator. This will help you determine the base period to calculate benefits, the amount of benefits that you should get and finally whether you are eligible for benefits.

What do you feel about Universal Basic Income? Do Americans need it? Let us know in the comment section below.