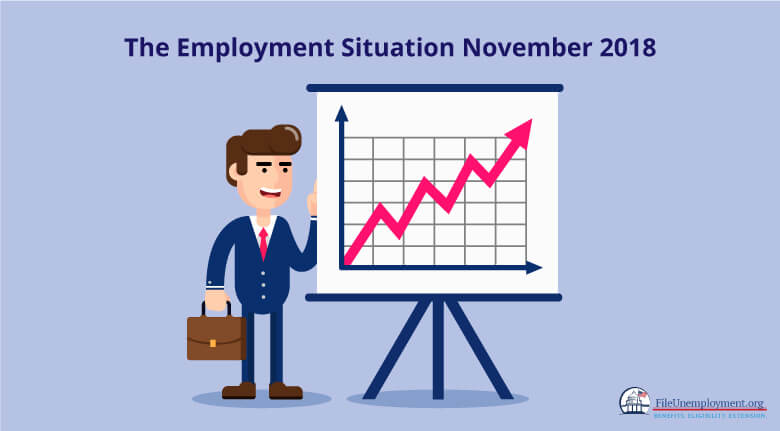 Total employment in the non-farm category increased by 155,000 for the month of November. The rate of employment has remained unchanged at 3.7%, as per the reports of the U.S. Bureau of Labor Statistics. The report also states that sectors such as healthcare, manufacturing, transportation, and warehousing have recorded job gains.

The unemployment rate for various groups can be found in the table below:

The above data indicate that there are little to no changes in comparison to the previous month.

The rates of labor force participation and the employment-population ratio, remain unchanged at 62.9 percent and 60.06 percent. The numbers of persons employed part time for economic reasons, however, changed a little, standing at 4.8 million.

The number of long-term unemployed (those jobless for 27 weeks or more) has come down by 120,000, with the overall figure now standing at 1.3 million for November. This group accounted for 20.8% of the overall rate unemployment rate. These involuntary part-time workers seek full-time employment but end up with part-time jobs because of either their due to the reduction in their working hours or due to the inability to find full-time job opportunities.

In November, 1.7 million people were marginally attached to the labor force, which is said to be an increase of 197,000 from the previous year. These people were not in the labour force in the previous year and were not counted as unemployed as they did not make an attempt to find employment.

Among the marginally attached, it is said that 453,000 people are identified as discouraged workers. Discouraged workers do not look for work in the current scenario as they believe that there are no jobs available for them. The other 1.2 million people are marginally attached to the labor force, as they have not looked for work due to commitments such as school attendance or family responsibilities.

In November, the total non-farm payroll employment increased by 155,000, which is lesser than the average monthly gain in the previous 12 months, which stands at 209,000. Healthcare, manufacturing, transportation, and warehousing sectors were some of the areas that witnessed job gains in the given month.