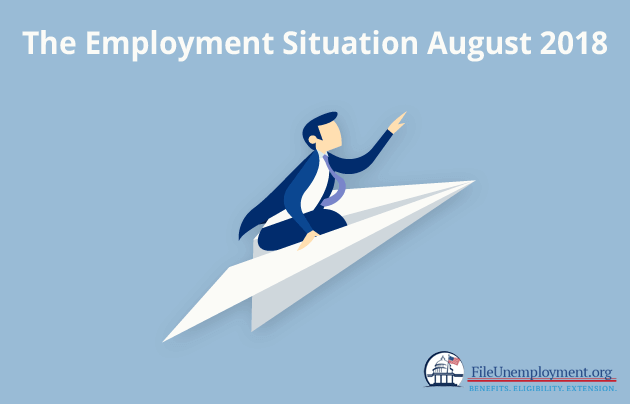 The Unemployment rate in the United States remains unchanged at 3.9% while the total nonfarm payroll employment increased by 201,000 in the month of August. The US Bureau of Labor Statistics in their monthly report state that job gains occurred in professional and business services, wholesale trade, health care, transportation and warehousing and mining industries.

As stated above, the unemployment rate remained at 3.9% in August and the number of unemployed personnel remained at 6.2 million.

In terms of the major worker groups, the unemployment rate for adult men was at 3.5%, and adult women tallied at 3.6% unemployed. Unemployed teenagers were accounted at 12.8%.

The Whites accounted at 3.4%, Blacks at 6.3%, Asians at 3% and Hispanics at 4.7%. There was little to no change in the unemployment rates for each major worker groups.

In other findings from the report, the labor force participation rate (62.7%) and the employment population ratio (60.3%) both declined by 0.2% in the month of August 2018.

When it comes to people employed part time for economic reasons (also known as involuntary part time workers), at 4.4 million, changed little in the month of August. However, the number has been down by 830,000. It should be noted that these individuals preferred full-time employment but had to work part time because of reduced hours or the lack of full-time jobs.

The month of August 2018 sees 1.4 million people marginally attached to the labor force, which is a slight difference from the previous year. These people were not in the labor force, were looking to seek employment and have been searching for jobs sometime in the past 12 months.

The mining industry had a rise in employment by 6,000 jobs in the month of August and showed little change from its progress in July. Since a recent dip in October 2016, the mining industry has added in 104,000 jobs. Most of the jobs in entire support of mining activities.

The manufacturing industry changed slightly negatively in the month of August, with a loss of 3,000 jobs. Over the past 12 months, employment in the industry was up by 254,000. More than 3/4th of the gains were from the durable goods segment in the industry.

In terms of employment in other major industries, there was little to no change in employment. These major industries include retail trade, information, financial activities, leisure and hospitality and government.