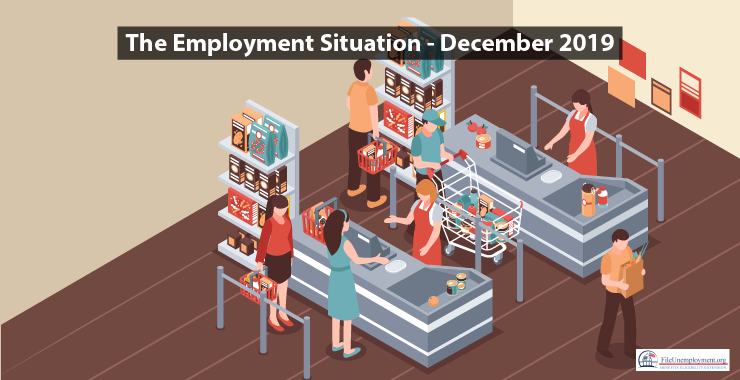 Nonfarm payroll for the month of December rose by 145,000. It is significantly less as compared to the previous month. The U.S Bureau of Labor Statistics reported no change in the unemployment rate which currently stands at 3.5%.

Major Ups and Down in December

The manufacturing sector saw very little change in jobs as compared to the previous month. On the whole, the sector added 46,000 jobs in 2019.

The average workweek and overtime for the manufacturing sector stood unchanged at 40.5 hours and 3.2 hours in December.

December saw 1.2 million people who were marginally attached to the labor workforce. The number of discouraged workers was 277,000 in December. Among the workers employed part-time for economic reasons stood at 4.1 million which changed little in December.

The retail trade and healthcare saw positive job gains for the month of December. Its been a good month for job seekers on the whole with the nonfarm payroll increasing. Also, the last year saw a lot of jobs being created in several new sectors and the unemployment rate dropping to 3.5%.