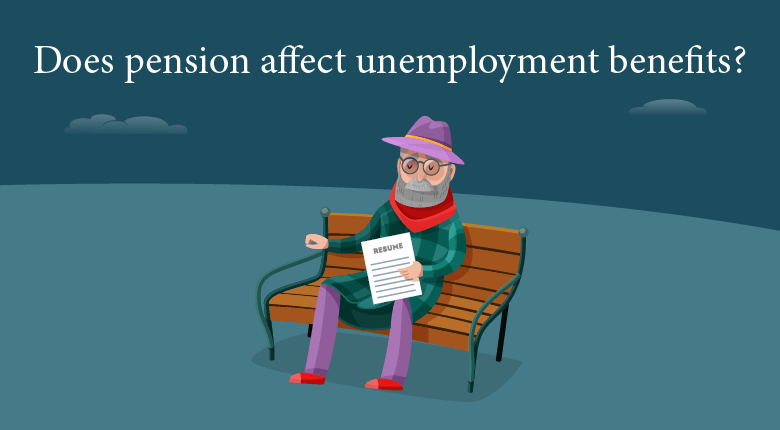 With rising productivity at an advanced age, common concerns for older people facing job losses revolve around their pension and unemployment benefits. Senior citizens can avail UI benefits as there is no age limit to claiming them. This is as long as you have not withdrawn from the labor market, and you meet the other eligibility criteria.

Unemployment Insurance is a government initiative that is funded by collections from employers and not taxpayers. It helps workers financially while they are unemployed and looking actively for work. You can claim UI benefits while drawing social security benefits and pension payments, though it would be subject to deductions as per the pension plan.

When Can I Retire and Claim Unemployment Insurance?

As per the Social Security Administration of the US, the earliest retirement age is 65, for people who were born in 1937 or earlier. For each year after 1937 until 1943, the age increases successively by two months, culminating in 66 for those born between 1943-1954. From 1955, the age increases similarly by two months each successive year to 67 for those born in 1960 and later.

Can I Collect Unemployment Benefits if I Retire Early?

If you have taken early retirement, unemployment benefits could be claimed by you. However, this only applies if you were laid off for no fault of your own and/or compelled to accept an early retirement package by your employer to reduce the workforce.

You may also be able to claim UI benefits if you had to retire due to health and safety reasons, and your employer failed to provide you with suitable alternative work. The exact conditions vary from state to state, so refer to your state’s website for details.

Pension refers to any periodic payment which may be employer-contributed, governmental, union, from sharing profits, annuity, etc. Most states such as Georgia, California, etc. reduce the unemployment compensation of those who receive pension payments. This is not to be confused with social security benefits, which are not affected by pension or UI benefits. If you live in Florida or Michigan you should check out how you can file for unemployment benefits.

Typically the weekly benefit amount is reduced by the amount contributed by your base period employer towards your pension (if they contributed 50% or more). If you draw upon your retirement plans like a 401(k) that too is subject to deduction, based on those amounts, the weekly benefit amount payable to you could drop to zero, thus disqualifying you.

The other requirements you would have to satisfy to claim unemployment insurance include:

Older workers who get laid off have a tougher time finding new jobs compared to younger workers. As the unemployment compensation is not considered as income under the social security earnings, it is an added advantage for senior citizens and retirees who can also draw social security benefits.

Applicants should remember to file their claims as quickly as they can, regardless of whether they have been served the unemployment notice by their employer.