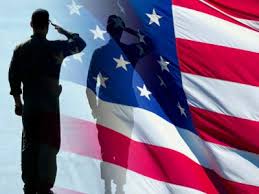 Yes.The federal set up in US has a separate unemployment program for ex servicemen and their families. The program is called Unemployment Compensation for Ex Service members (UCX). UCX provides income support to former  military servicemen when they are released from active duty.

Being unemployed can be a tough problem for many. If you are an ex-serviceman, consider that you have earned a respite after serving your country. It is an honor that many fail to get. If you are the spouse of a military personnel, who had to quit your job, tell yourself that your spouse’s job is something that calls for sacrificing for the sake of the country. This also means that you may have to make sacrifices too. Try to stay positive and calm, we’re sure things will look brighter in the near future.